After Losing Our Dad to Pancreatic Cancer, We Got Genetic Testing 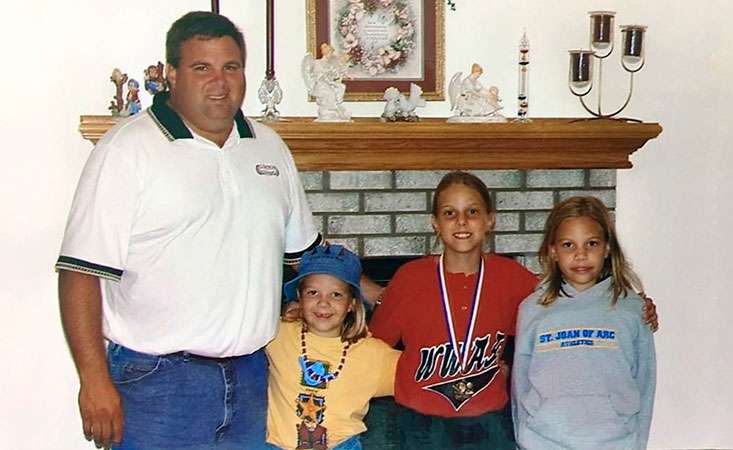 Melissa, Jessica and Kim Soukup lost their father to pancreatic cancer when they were just teenagers.

Editor’s note: Before Melissa Soukup joined PanCAN as a full-time staff member, she and her sisters were dedicated volunteers – because they lost their father to pancreatic cancer in 2011. Melissa, the oldest of three daughters, was just 19 when her dad died; Kim was 17, and Jessica was 16. In honor of Siblings Day, the Soukup sisters share their journey and why they decided to get genetic testing. 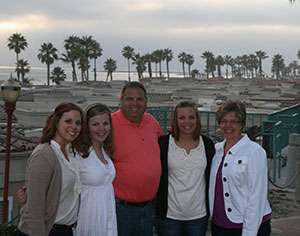 Jessica, Kim and Melissa with their parents on vacation, just months before the loss of their dad.

Melissa: Our father had severe abdominal pain, and we thought we’d finally found the culprit when gallstones were discovered. Just a month later, we learned that his abdominal pain was instead being caused by a cancerous tumor on his pancreas. Our worst fears were confirmed – my dad had stage IV pancreatic cancer.

After 16 months of surgeries, chemo treatments, infections, hospital stays and complications, we lost our father to pancreatic cancer on November 19, 2011.

He had just turned 45 years old.

Jessica: The shock of being 14 and told your father has pancreatic cancer is not a feeling I will ever forget. The dread of wondering where that road would lead for our family quickly sank in as we learned more about the disease. A mere 16 months later, I had to say goodbye to my dad before I was ready. 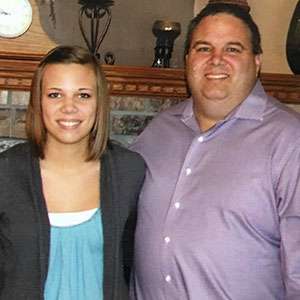 Kim with her dad

Kim: Losing my father to pancreatic cancer at the age of 17 opened my eyes to a new reality that nobody could have prepared me for. He was absolutely the best. He was always an open set of ears, one of my biggest supporters, and a coach to all the things life brought. I miss him every single day and am still filled with so many different emotions about losing him.

Jessica: Almost 10 years later, the pain is still there, but it is followed by a sense of determination and passion to help put an end to pancreatic cancer.

Melissa: Over the past decade, our family has done as much as we can to support PanCAN, to end pancreatic cancer so that no one else would have to lose a loved one to the disease. We have participated in PurpleStride every year, volunteered locally, donated and fundraised. And we proudly wear our purple wherever we go! 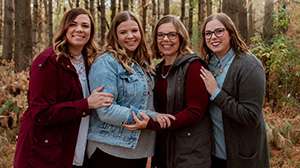 The Soukup family has supported PanCAN for more than a decade to continue their dad’s fight.

It has been an amazing feeling to continue our father’s fight, all these years later. While it can sometimes feel like it is not happening fast enough, the advancements and progress we have seen over the past ten years since have truly been incredible.

But my sisters and I always had one question we were not sure would ever be answered: We never knew if our dad’s cancer was from an inherited genetic mutation.

Melissa: Ten years ago, it was not common for patients to get genetic testing or tumor biomarker testing, and we did not have much family history to rely on. Guidelines at the time only recommended genetic testing for people with multiple pancreatic cancer cases in their immediate family. 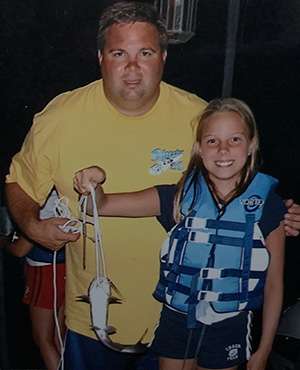 Melissa and her dad

My desire to get genetic testing amplified recently. After months of abdominal pain, in June 2019 – almost nine years to the day from my father’s diagnosis – I was hospitalized for gallstones. Overnight, a gallstone blocked my pancreatic duct, and I developed a very severe case of necrotizing pancreatitis. I ended up spending weeks in the hospital and two months on a feeding tube. I have also needed multiple procedures since. Because of everything we watched my father go through with his pancreatic cancer, my family advocated on my behalf. They knew which questions to ask and ensured the doctors were taking all the necessary steps to rule out pancreatic cancer – just to be on the safe side.

So, we all got a referral from our primary physician and pursued genetic counseling. Jessica and I have both gone through the next step, genetic testing to see if we are at high risk for pancreatic and other cancers, and Kim plans to get the testing.

Kim: When I found out I was eligible for genetic testing, I was filled with many different emotions. I was unsure if I wanted to go through with it because, if I should have a mutation, how would I live every day knowing I am at a higher risk for the cancer that took my father away from me? After conversations with my mom, sisters and those closest to me, I decided I would much rather know whether I was at higher risk.

After all, knowledge is power.

What if my dad had known he was at higher risk for pancreatic cancer? Would it have changed his outcome? Pancreatic cancer science and research have advanced so much in the last ten years, and I have to believe we will continue to see changes for the better. 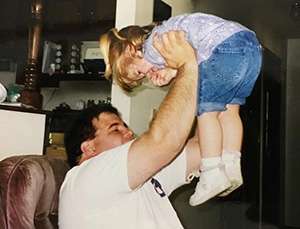 Jessica and her dad

Jessica: When I was presented with the chance, I didn’t hesitate to partake in genetic testing, knowing just how critical early detection is with this disease.

Although I knew without a doubt that this was something I wanted to go through, it still brought some unsettling feelings and worries. What would happen if I did have a mutation? What would it be like, knowing that I may be at a higher risk of getting the same disease that killed my father?

While talking with the genetic counselor, I came to terms with the fact that this testing, whether the results were positive or negative, would give me the power to know that I may be predisposed to pancreatic cancer. A knowledge that most do not have the luxury of having.

Jessica: After six long weeks of anxiously waiting for results, I was finally told that I do not have a mutation.

While it was an emotional rollercoaster, I highly encourage others to get genetic testing. The best chance we have against pancreatic cancer is to stay one step ahead of it.

Melissa: Fortunately, no known cancer mutations have been discovered for either Jessica or me! While it does not rule us out from having pancreatic cancer – or any other cancer – in the future, it feels good to know we are taking as many steps as we can right now to detect cancer as early as possible in the future.