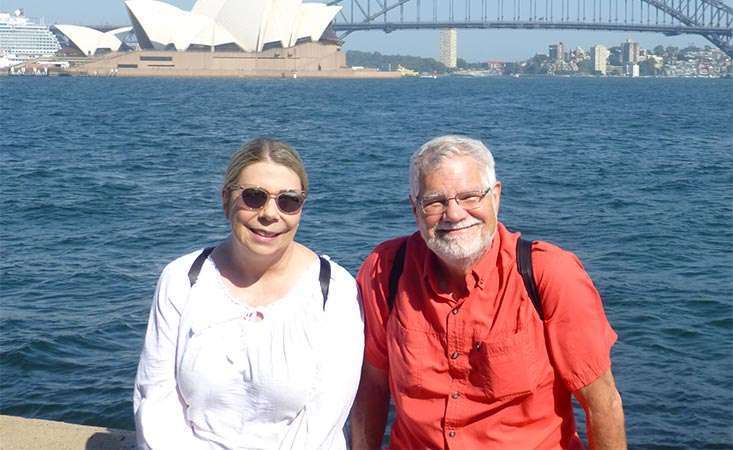 Stage IV pancreatic cancer survivor Ken Harding was no longer having great results after nine months on standard chemotherapy.  But when molecular profiling showed rare genetic changes in his tumor, his treatment options expanded – and he found something that is working.

When Harding was diagnosed more than two years ago, he quickly turned to the Pancreatic Cancer Action Network (PanCAN) for information.

“By the time I woke from the biopsy,” Harding recalled, “my partner had spent time online and on the phone with friends, and she found a great oncologist and PanCAN.

“At this time, I was in shock, and much of the information coming my way was a blur. I was trying to understand new words, treatments, likely outcomes.

“PanCAN Patient Services helped me understand what some of my options were so I could make the best decisions for my treatment with my oncologist.”

Harding’s treatment began with standard chemotherapy. When one regimen stopped working, he switched to another. But the second chemotherapy regimen did not stop the tumor growth.

So when his CA 19-9 numbers started to climb, suggesting the cancer was getting worse, he talked to his healthcare team about other options.

Thanks to having had his tumor molecularly profiled, he had several new options to consider.

Every pancreatic tumor is different. Patients who receive treatment based on their tumor’s biology have better outcomes. PanCAN strongly recommends molecular profiling of your tumor to help determine the best treatment options.

Harding had been interested in molecular profiling – testing of his tumor to look for any gene changes that could inform treatment – from the beginning. When he learned about it from PanCAN, he brought it up with his doctor, who wanted to start standard treatment first.

At the same time, they looked for more treatment options. Harding got molecular profiling through his oncologist after the first course of chemotherapy. 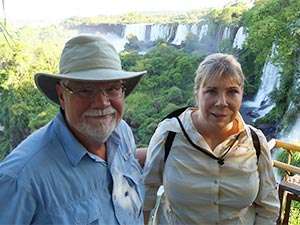 Thanks to precision medicine, Harding is feeling good and able to travel – including a trip to South America last year.

The results came back while Harding and his doctor were deciding on the third course of treatment.

“My oncologist called me at home – on a Friday evening, just before his vacation – and was very excited,” Harding said.

“I had a lot of DNA defects. I didn’t know what that meant, but if he liked it and was excited, I figured it must be good for me.”

Harding again reached out to PanCAN, this time with his molecular profiling report. PanCAN Patient Services gave him information about treatments that aligned with his tumor’s biology.

“By the time I next met with my oncologist, I had become familiar with some of my options and what drugs might be most effective.”

Harding and his oncologist considered two strong options: Keytruda®, an immunotherapy approved by the FDA for all solid tumors with certain mutations, and an experimental immunotherapy clinical trial.

He started with the clinical trial, where he felt he would be monitored more closely by two teams. Unfortunately, while on the trial, scans showed that his cancer might have been spreading.

But Keytruda was still an option. So, after discussion with his healthcare team, Harding left the clinical trial and began that treatment.

And it is working.

He has now had 22 infusions of Keytruda, and his tests and scans show no tumor activity.

Plus, he has “no symptoms or side effects, except for some skin itch – but I can put up with that!” He can travel and enjoy life.

“I have PanCAN and my healthcare team to thank for providing the knowledge to pursue the molecular profiling.”

And his actions are now helping even more patients. Because of Harding’s positive results, the cancer center where he gets his treatment now does molecular profiling on all pancreatic cancer patients.

Contact Patient Central for more information about molecular profiling, pancreatic cancer treatment or anything else related to the disease.