Siri Co-founder: ‘I’ll Wear Purple the Rest of My Life’ 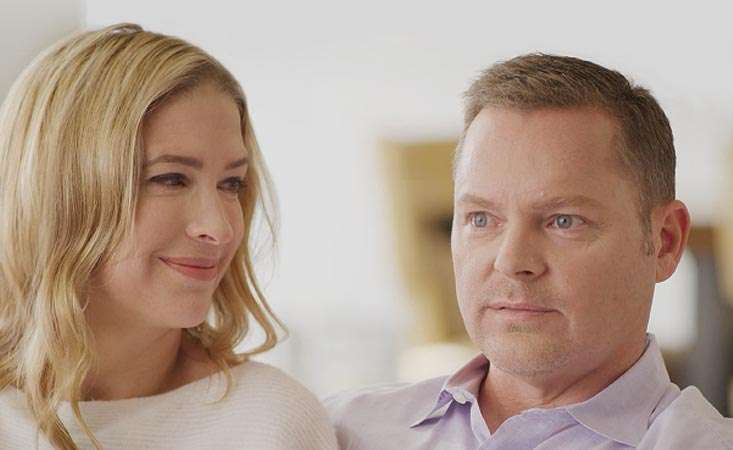 Dag Kittlaus was expecting a routine follow-up message when the doctor’s office called after his physical exam in November 2016.

He was in good shape, after all. Skiing, running marathons, basketball, hiking, weightlifting – even recently completing an Olympic triathlon – were among his favorite workouts.

His wife, Leslie, had urged him to get the physical – it had been at least five years since he had been to the doctor.

“Sure, I’ll do it,” he told her, not expecting any issues.

But the doctor’s phone call was not routine.

It was to tell Kittlaus that the CT scan to check his heart for plaque had instead captured an image of a lemon-size pancreatic neuroendocrine tumor (PNET). PNETs are a rare form of pancreatic cancer. These tumors are slower growing, and they are managed and treated differently than adenocarcinoma, the most common type of pancreatic cancer.

“My whole life, everything had been just fine when it came to doctors or tests,” Kittlaus said. “To say I was shocked when I was told I had a pancreatic tumor was an understatement.

“I remember saying to the doctor, ‘Hold on, what did you say?’ I didn’t expect to have any kind of disease, let alone pancreatic cancer.”

Kittlaus said his mind immediately went to Steve Jobs, who had fought – and died of – the same kind of cancer, a PNET. Jobs and Kittlaus had worked closely together after Apple Inc. purchased Siri, a startup Kittlaus co-founded that is now the familiar voice assistant on all Apple devices.

“Remembering what Steve went through made this unexpected diagnosis even more scary,” Kittlaus said. “I had seen firsthand how this disease could affect someone over time.”

Kittlaus and his wife met with the doctor immediately, and a plan of attack was soon underway – his tumor was eligible for surgery, which would remove half his pancreas, the spleen and the gall bladder.

“Once we had a plan, we were resolute, and I was ready to beat this thing,” he said.

He was, however, consumed with thoughts of his family – he and Leslie have seven children – and not being around for their future. The couple had been considering a spring break trip the following March, four months away, and Kittlaus wondered if he would still be alive.

“It’s hard to explain how it feels wondering if you have four months to live or 50 years to live.”

Today Kittlaus said he feels lucky and grateful that his surgery was a success and that his scans every six months since have been clear. He lives his life differently now – not sweating the small stuff and appreciating every moment because, as he is apt to point out, “Tomorrow is promised to no one.”

Her grandfather and aunt both died of pancreatic cancer, and she admits that she was terrified for her husband when he was diagnosed. Today she is optimistic.

“We practice gratitude every day for everything in our lives, and we’re more purposeful about how we spend our time,” she said.

One way they spend their time is spreading the word about the often-subtle warning signs of pancreatic cancer.

He also credits the Pancreatic Cancer Action Network (PanCAN) for its helpful resources for patients.

“The minute I found out I had pancreatic cancer and started doing research, PanCAN was everywhere I looked. When I couldn’t sleep at night, I read through all their materials. I appreciate the undeniable impact they’ve had in creating real results against this disease.”

During Pancreatic Cancer Awareness Month this November, the Kittlauses join other pancreatic cancer survivors and caregivers in a series of public service announcements encouraging people to know the symptoms and risk factors.

“I’ll talk about pancreatic cancer as long as I can, help out as long as I’m around, and wear purple for the rest of my life,” Kittlaus said.