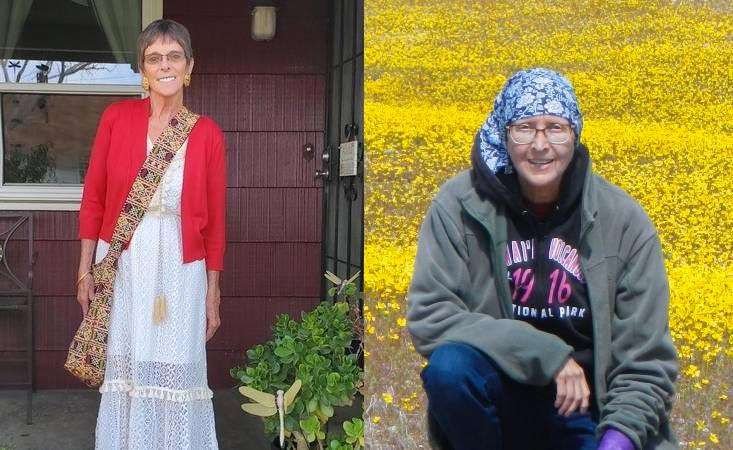 Editor’s note: This week, we are telling stories about strong connections developed through the Pancreatic Cancer Action Network’s (PanCAN) Survivor & Caregiver Network, which connects those touched by pancreatic cancer with someone who has been in their shoes. PanCAN’s Patient Services can provide a list of Survivor & Caregiver Network volunteers matched based on diagnosis, geography, treatment and more.

In the two years they have known each other, Stueber and Lemieux have lifted each other up.

In 2018, diagnosed with pancreatic cancer and about to start the chemotherapy FOLFIRINOX, Stueber wanted to talk to someone who had been in her shoes. She contacted PanCAN’s Patient Services, who gave her a list of survivors who had received similar treatment.

One of those survivors was Lemieux.

At first, they spoke about Lemieux’s FOLFIRINOX regimen. “She told me what she did when she was on treatment but never tried to tell me that’s what I should do,” Stueber said in appreciation. “I did do some of the same things and found many of them helpful.

“It was valuable talking to someone else who is in the same boat.”

Lemieux felt a connection right away. “We had a lot in common – lifestyle, nutrition, treatment choices, research, self-advocacy, integrative therapies.”

In the two years since that first conversation, their relationship has strengthened, evolved and grown along with their journeys.

They are still in touch at least once a month. Sometimes it’s just a quick text. Other times it’s an email or phone call.

They check in with each other and share articles and studies they think the other might find interesting.

They see each other in person around Southern California, as well. Both are regulars at the same pancreatic cancer support group, and they meet up at annual events like PanCAN’s PurpleStride Orange County and the Hirshberg Foundation Symposium on Pancreatic Cancer.

Lemieux particularly admires Stueber’s calm demeanor and informed approach to her cancer care. “She has lots and lots of questions, will research things out and is an incredible self-advocate.”

Stueber appreciates Susie and the rest of her support network – especially her husband, “who has been a tremendous help” – and feels fortunate that she’s been able to “seek out the best medical advice.”

She also appreciates PanCAN’s Patient Services. “PanCAN is the organization I go to for any kind of guidance about pancreatic cancer.”

Lemieux agrees: “We talk often about the enormous support we feel from PanCAN and all they offer.”

Both women try to keep a positive attitude, which they believe is important in this fight.

Lemieux volunteers with PanCAN’s Survivor & Caregiver Network as well as her local PanCAN Affiliate in Orange County to bring hope to others.

She’s achieved that with Stueber, who said, “Talking to Susie and other survivors gives you hope and the encouragement to keep going.”

Lemieux has also been transformed by the connections she has made since her diagnosis.

“When you stay connected with survivors and develop these relationships over time, you see the growth and the change in terms of the way they think about the disease and their perspective.

“It’s been amazing to see the blessings that have come to us in the midst of this horrific disease.

“I love the Survivor & Caregiver Network,” Lemieux said. “It is one of the best things that PanCAN does – connect people.”

Contact PanCAN’s Patient Services to connect with members of the Survivor & Caregiver Network who can speak with you to provide hope, inspiration and support – no matter what stage of the journey you are in. PanCAN can also answer any questions you have about pancreatic cancer.
Share  Tweet
More on:
You may also be interested in...