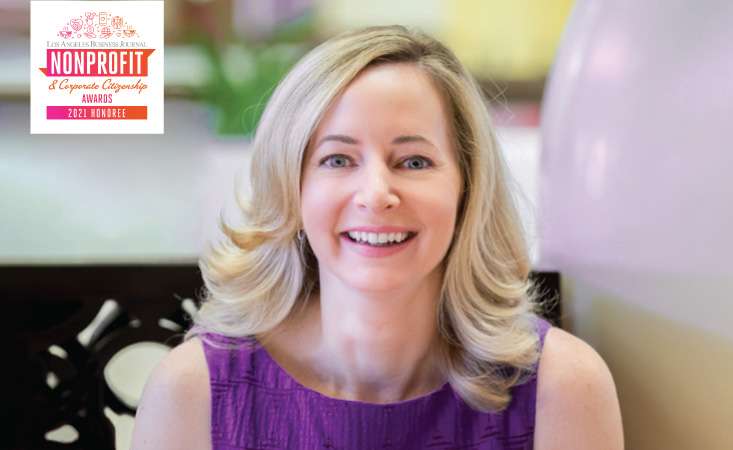 It was 1999. Julie Fleshman had just lost her dad to pancreatic cancer a mere four months after he was diagnosed. He was only 52. Her family was shocked and devastated.

“I wanted to know why more wasn’t being done – why my dad, and thousands of other patients – were offered no treatment options and sent home to die” said Julie, who today is PanCAN’s President and CEO. 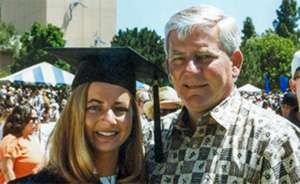 Julie lost her dad when he was only 52. “I always looked up to my Dad and wanted to be like him.”

The pancreatic cancer landscape back then was quite different from what it is today. Very little was known about the disease, only a handful of researchers were studying it and the five-year survival rate was just 4%.

Julie’s desire to change all of that led her to the newly formed PanCAN. She connected with founder Pamela Acosta Marquardt, was hired as the organization’s first employee and her passion hasn’t waned since.

In her 21 years of leadership at PanCAN, Julie’s been a catalyst for change in the fight for pancreatic cancer awareness, increasing federal funding for pancreatic cancer research in the United States, and building PanCAN’s significant investment in new treatments and an early detection strategy for the disease.

On April 22, Los Angeles Business Journal recognized Julie’s many accomplishments when they named her “Nonprofit Executive of the Year.” Known for being the “first word in Los Angeles business news,” the preeminent business publication has served as the go-to source for Los Angeles professionals since 1979. This year, hundreds of leaders were nominated for individual and organizational awards.

In her acceptance remarks, Julie talked about the challenges nonprofits faced during 2020 and said, “Adversity makes us stronger. It helps us prioritize and focus on what’s most important. I’m looking forward to taking our learnings and using them to continue to accelerate progress for pancreatic cancer patients and their families.”

What began as a small group of people who envisioned a world in which all pancreatic cancer patients thrive has grown into what PanCAN is today — a nationwide movement of volunteers, donors and researchers dedicated to the mission.

Julie puts patients at the center of everything PanCAN does. This approach led to the creation of PanCAN’s Patient Services, a team of highly-trained, compassionate case managers who offer free, personalized help to patients and their families including resources, clinical trial searches and personalized medicine services.

They’ve interacted with people over 300,000 times and last year alone they interacted with patients and families over 42,000 times, providing help and also hope. The team also offers essential resources for healthcare professionals.

Today more people know the warning signs of pancreatic cancer as well as their risk, and the five-year survival rate for the disease has more than doubled, since PanCAN’s inception, to 10%.

“We couldn’t have made any of these advancements without the generosity of our many volunteers and donors and the innovation of the scientists who study pancreatic cancer and patients who participate in clinical trials – they are the real heroes in this story,” said Julie. 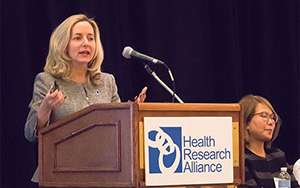 It was Julie’s vision and efforts that led to the creation of the World Pancreatic Cancer Coalition. Today, as a result, pancreatic cancer organizations worldwide come together to raise awareness and share information about the disease. She’s been the chair of the Coalition since its beginning and it now includes 99 pancreatic cancer organizations in 36 countries on six continents.

Julie’s collaborative leadership style has helped build a pancreatic cancer community of hundreds of scientists across the country who work in concert and devote their research efforts to improving patient outcomes.

Through PanCAN’s powerful advocacy work, the Recalcitrant Cancer Research Act was signed into law in 2013. This led to an unprecedented national focus on pancreatic cancer research and new federal funding opportunities. 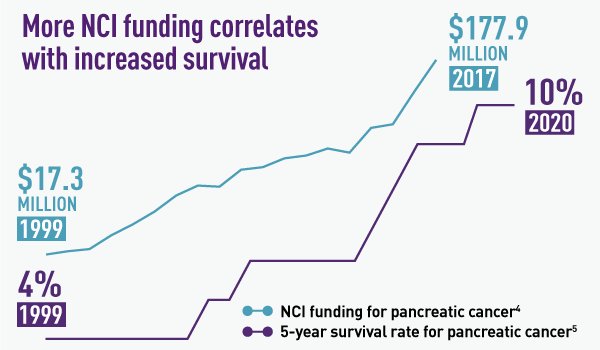 And just last week, PanCAN launched the Early Detection Initiative, the largest prospective clinical trial of its kind with the goal to create an early detection strategy for pancreatic cancer.

Congratulations to Julie for being named the Los Angeles Business Journal’s “Nonprofit Executive of the Year!”