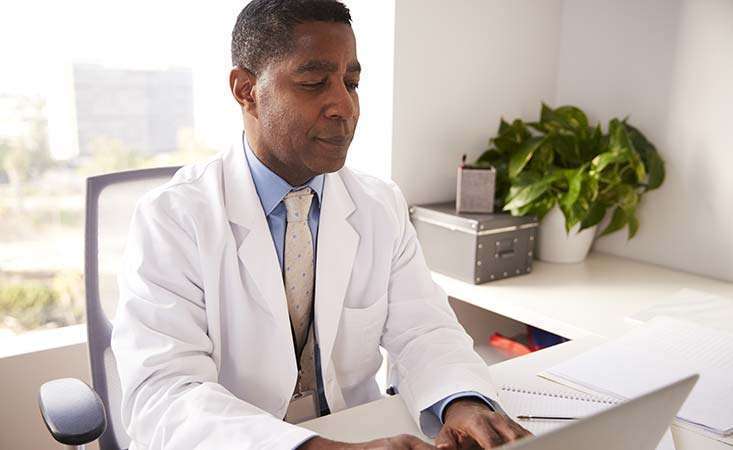 The U.S. Preventive Services Task Force (USPSTF) continues to recommend against population-wide screening for pancreatic cancer, as announced today on its website and in an article published in the Journal of the American Medical Association (JAMA). Their “D” rating signifies, “There is moderate or high certainty that the service has no net benefit or that the harms outweigh the benefits.”

The USPSTF is described as, “an independent, volunteer panel of national experts in disease prevention and evidence-based medicine” who “works to improve the health of all Americans by making evidence-based recommendations about clinical preventive services.”

Lynn Matrisian, PhD, MBA, chief science officer of the Pancreatic Cancer Action Network (PanCAN), said, “Screening for cancer becomes effective if you can identify the one person out of every 100 or 150 with the highest likelihood of having or developing the disease. But pancreatic cancer is rare, diagnosed in only one out of every 8,000 Americans each year.”

Over the past 15 years since the USPSTF last updated its recommendation, much more is known about how to identify – and manage – individuals at high risk for developing pancreatic cancer.

Because of this deeper understanding, the USPSTF has made an important change to its definition of the “general population.”

For the first time, the USPSTF has noted their recommendation does not apply to people with a known inherited genetic syndrome or strong family history of pancreatic cancer. Instead, they are encouraged to participate in surveillance programs at “experienced centers, ideally under research conditions,” according to the report.

“It’s thought that about 10 percent of pancreatic cancer cases are hereditary – meaning the person was born with an alteration in their DNA that increases their risk of developing the disease,” Matrisian said.

“A surprising recent finding was that a similar percentage of people have germline mutations, which are mutations they’re born with, whether or not they have a known family history of pancreatic or other cancer types.”

“Making sure all patients are aware of any germline genetic mutations will help their family members gauge whether they, too, may be at increased risk to develop pancreatic cancer,” Matrisian said.

“And genetic changes in the patient’s germline, as well as the tumor tissue itself, may be able to help guide treatment decisions,” she added.

In addition to genetic and familial risk, the USPSTF recommendation also acknowledges other factors that increase an individual’s likelihood of developing pancreatic cancer, including chronic pancreatitis and longstanding or new-onset diabetes.

Though mentioned, these risk factors alone don’t put an individual in a higher-risk category, according to the USPSTF.

“Looking at diabetes as an example, we know that many more people will be diagnosed with diabetes than with pancreatic cancer,” Matrisian said, “but we also know that about 1 percent of new-onset diabetes cases after the age of 50 are caused by an undiagnosed pancreatic tumor.”

She continued, “The key will be identifying how to differentiate those 1 percent from the 99 percent whose diabetes is not related to pancreatic cancer.”

PanCAN and others are tackling this question through internal research efforts and funding Early Detection Targeted Grants.

“The goals are to discover biomarkers (measurable biological clues), better imaging techniques and clinical signs (for example, weight loss) that may suggest someone with a new diabetes diagnosis is especially likely to also have pancreatic cancer,” Matrisian said.

She added, “We commend the USPSTF for the immense effort put into evaluating the literature and providing guidelines to screen for various diseases. We will continue to work to identify individuals at the highest risk of developing pancreatic cancer and to determine the best tests to detect the disease while it’s in its earlier, more treatable stages.”