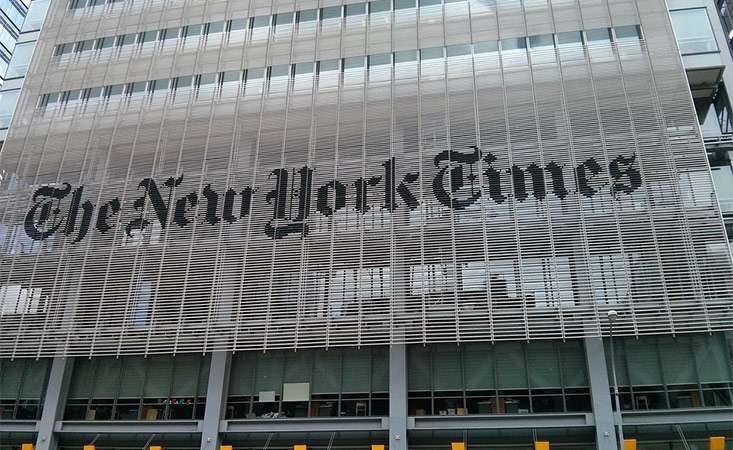 Veteran political journalist Andy Clymer recently had what may have been his last story published in The New York Times, only this time the story wasn’t by him, but about him. The Times reports that Clymer, who worked as a reporter and editor for the paper, died at his Washington, D.C., home on Sept. 10, 2018, due to complications associated with pancreatic cancer. He was 81.

As a reporter, Clymer often said his favorite dateline was a 1973 piece for The Baltimore Sun, which quoted President Richard M. Nixon during the height of the Watergate scandal as telling a convention of newspaper executives, “I am not a crook.” The dateline was Disney World. https://t.co/XMOGFFBXfw

During his illustrious career, Clymer covered eight presidential campaigns, the Vietnam War, the Watergate Scandal and the subsequent resignation of President Richard Nixon. Prior to his retirement from the New York Times, Clymer worked at the Baltimore Sun and the Daily News in New York. His journalism career began during his studies at Harvard College, where he spent time as the editor of the student-run newspaper, The Harvard Crimson.

We are so sorry to hear that Adam Clymer, esteemed @nytimes journalist, has passed away of #pancreaticcancer. We continue to #DemandBetter for the many lives lost to this #cancer and send our condolences to all his loved ones. #WageHope https://t.co/3RnzDupfbn

These notable public figures join a list of influential individuals who have been touched by the disease.  PanCAN fights every day for those affected and is dedicated to attacking pancreatic cancer on all fronts: research, clinical initiatives, patient services and advocacy.

On behalf of Clymer and all patients like him, PanCAN will continue to work diligently to double survival by 2020 and improve patient outcomes.